Healer energises clear quartz crystal
We have conducted numerous experiments involving crystals and seeing how the light on, and around them, changes under different conditions. The scans above show changes when a healer channeled energy through a clear quartz crystal.
During the experiment the healer concentrated on channeling energy to the crystal. Changes seen at end of experiment include: increased green (colour of balance) covering a larger surface area of healer’s hand; more gold (a higher frequency seen with BFR often associated with healing) in the crystal and also appearing on healer's palm; pink appearing above arm. Pink is another higher frequency seen with healing and around compassionate individuals. These changes may be a reflection of the healing frequencies in this instance.
Red (congested/stuck) energy to left side of healer has diminished - perhaps channeling the energy has balanced her field?
The healer kept as still as possible during the experiment. The lighting was full-spectrum tube on ceiling. All extraneous light was blocked out with a ‘black-out blind at the window. The video camera was kept in same position on a tripod and was left recording during the experiment. No one else was in the room. Filter 001 used.

Interactions with Obsidian
The control shot (above left) shows someone with congestion – seen as red light – in their fingers.  They suffer with intermittent stiffness and pain of their thumb and first two fingers. Obsidian is believed to help with complaints of the joints.

The picture (above right) was taken soon after the person made contact with the obsidian pendant. After contact there is a discernible change in the light around the pendant and on the fingers. The fingers show more congested red light. Some sensitives describe seeing a ‘drawing off’ of negative energy when obsidian is used. Perhaps we are seeing this effect, i.e. red energy is being drawn away from the fingers?
The intensity of the light has also lowered around the pendant and red can be seen replacing the more vibrant blue seen in the control shot.  Perhaps this could be ‘fall-out’ from the red energy from the fingers? 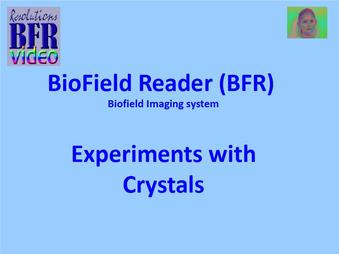